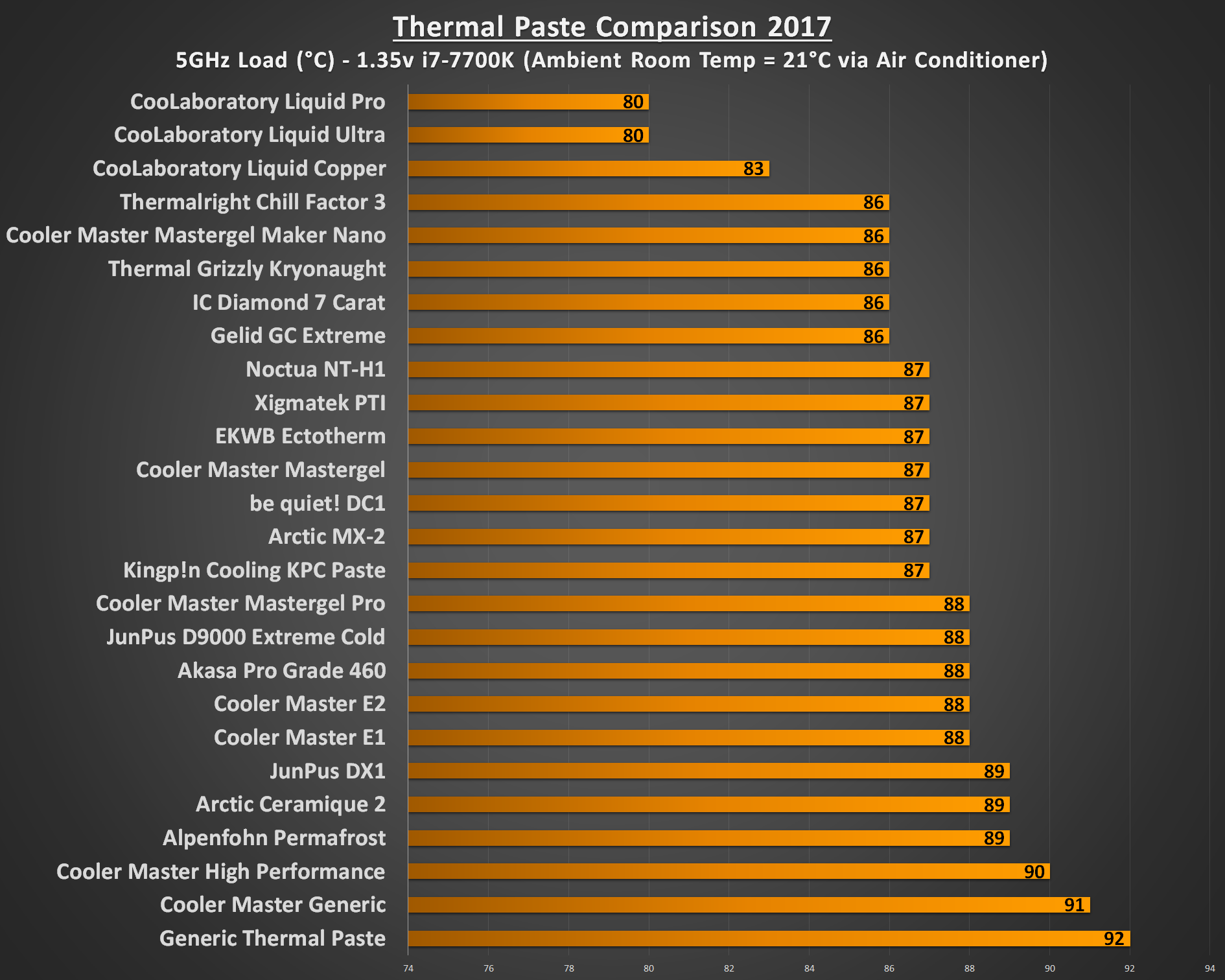 Wow, I've always used Arctic silver, but it looks like it's middle of the road now if the name above in the chart "Arctic MX-2" is the one.
Top

Pugsley wrote:+1 for Arctic Silver. Still use it, but haven't "used" it in like 5 years.

Yeah I can't remember the last time I used it either.
Top

I still have a good part of a tube of arctic silver up in michigan. has to be 7 to 8 years old now =wonder if its still safe to use seeing how old it is ?
Top

Pugsley wrote:+1 for Arctic Silver. Still use it, but haven't "used" it in like 5 years.

Yeah I can't remember the last time I used it either.

I haven't used it in years either, until recently with the 7700K since it doesn't come with a stock fan. I just used Arctic Silver Ceramique 2. So far it's been fine.
Top

Arctic Silver2 or whatever it's called now. I still have a big tube left over from my last two builds. I often replace the factory paste on client's PCs when I notice they're running hot or are kept in hot environments. The factory crap gets hard and brittle over time.

Had one client who's PC was in an un-airconditioned warehouse. It had plenty of ventilation and was relatively dust free, but it kept shutting down from what I guessed was overheating. Replaced the old dried out factory goo with Arctic Silver and it hasn't had a problem since.

While I am sure you can buy better and more expensive thermal compounds, most of us don't need it. I'm not doing any major overclocking. Anything is better than the factory paste or the old white stuff.
1994: “One day, everyone will have access to the Internet!”
2020: “Oh shit. Everyone has access to the internet.”

Hmmmm, I have a tube of Gallium laying around. I'm tempted to do some experimenting.
http://heatware.com/eval.php?id=562

Users browsing this forum: No registered users and 0 guests