Kick Back and Relax in the Cheers! Forum. Thoughts on life or want advice or thoughts from other pca members. Or just plain "chill". Originator of da Babe threads.
Post Reply
2 posts • Page 1 of 1

The consoles are beautifully done, rigged up for the first time in decades with functioning lighting and screens. Tetley explained that rather than reconnecting the buttons' built-in lighting, technicians had painstakingly wired new LEDs inside each individual button so that their lighting could be managed by a central Crestron automation controller. The screens themselves are LCDs dressed with a new fascia, though the original tube displays have been saved and preserved elsewhere. While we were taking pictures, the screens mostly showed off the same handful of Apollo-era displays (which were all dead-on accurate, even down to the typeface). Tetley explained that during an actual tour, the console screens will run through preprogrammed sequences of static images and video. 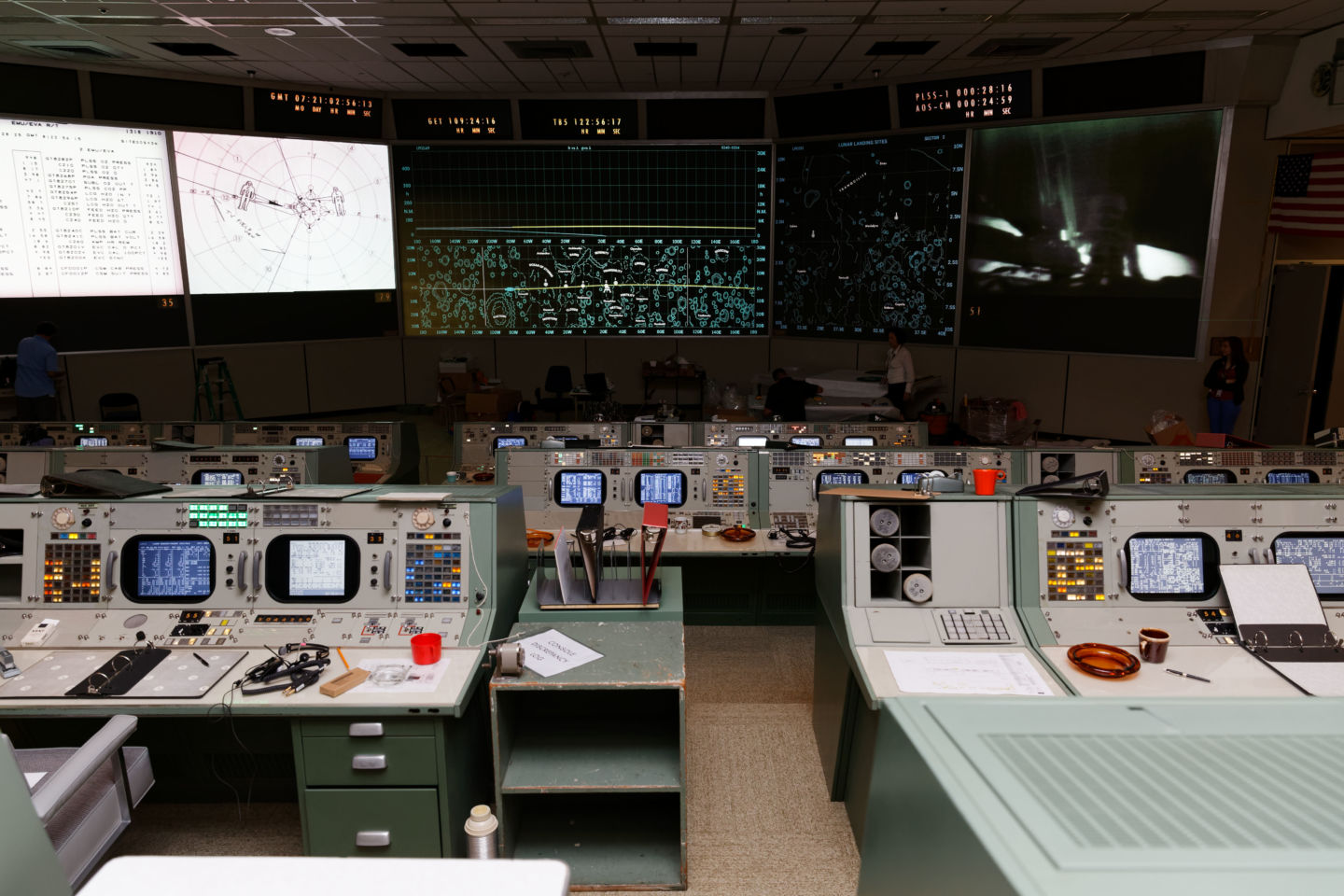 Standing at the top row of the MOCR looking forward. The consoles are all lit via internal LEDs powered by a Crestron commercial lighting system, and the positions are all dressed to appear as if the controllers had all gotten up mid-shift and walked out and left all their stuff behind.
"We are all born ignorant, but one must work hard to remain stupid." - Benjamin Franklin

Re: Apollo Mission Control Center restored to its former glory

Love the empty ash trays. should have a few butts and ash in them.
Top
Post Reply
2 posts • Page 1 of 1

Users browsing this forum: No registered users and 11 guests